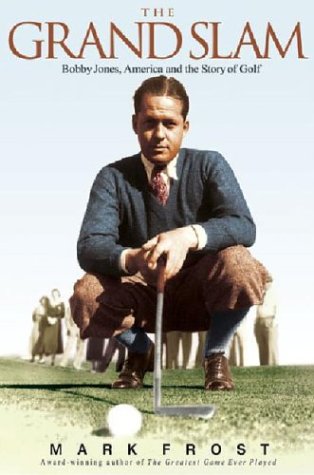 Productnummer: 1191
Productinformatie "The Grand Slam"
In the wake of the stock market crash and the dawn of the Great Depression, a ray of light emerged from the world of sports in the summer of 1930. Bobby Jones, a 28-year-old amateur golfer, mounted a campaign against the record books. In four months, he conquered the British Amateur Championship, the British Open, the United States Open, and finally the United States Amateur Championship, an achievement so extraordinary that writers dubbed it the Grand Slam. No one has ever repeated it. Mark Frost uses a wealth of original research to provide an unprecedented intimate portrait of golf great Bobby Jones. In the tradition of The Greatest Game Ever Played, The Grand Slam blends social history with sports biography, captivating the imagination and engaging the reader. The Grand Slam is a biography not to be missed. "...Frost identifies what makes Jones continually interesting and startlingly contemporary." -Sports Illustrated "If you thought you knew the story of Bobby Jones and the Grand Slam, then think again..." -Scottish Golf Magazine