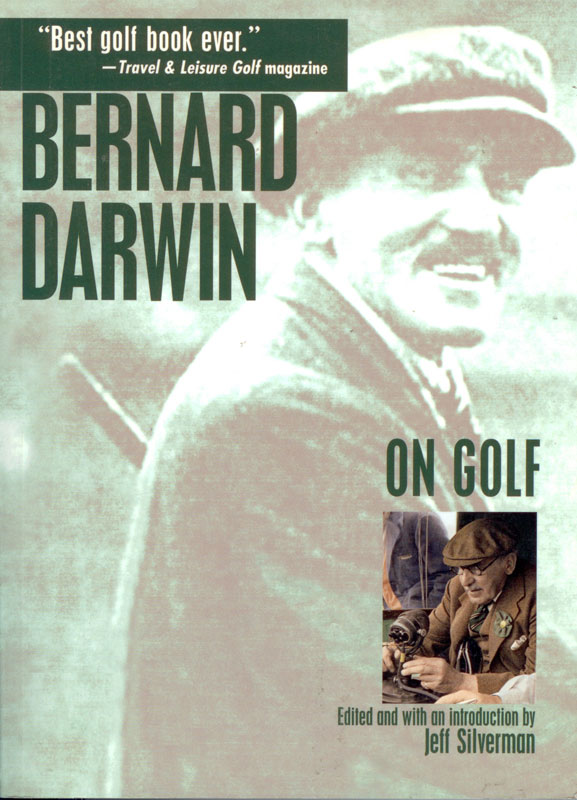 Bernard Darwin could easily have settled into a privileged life as a respected lawyer, one who just happened to be the grandson of Charles Darwin.

But his conventional upbringing didn't prevent him from choosing a different path, abandoning the relative security of the legal profession to follow his first and only passion-the game of golf. While Darwin was no slouch on the links-he was captain of his golf team at Cambridge and twice reached the semifinals of the British Amateur Championships-he achieved far greater notoriety with his pen than with his club.
Starting as a weekly columnist, and then a regular contributor, for The Times of London, he was soon acknowledged as one of the finest essayists in Britain (always signing his columns "Our Golf Correspondent"). He also contributed to Country Life for almost fifty years. Bernard was the first writer ever to elevate the discussion of golf beyond a simple reportage of events.
This collection gathers the finest of Darwin's writing, and is a celebration of a life devoted to a love for the game of golf.

Bernard Darwin was the golf game's most revered writer. He was a prominent authority on Charles Dickens and was the editor of The Oxford Dictionary of Quotations.